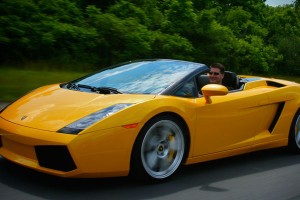 The appeal of racing cars is very widespread. Car racing has been around as long as cars themselves. Anywhere that cars are found, so are organized races and tracks designed for them. They may be competitive or they may only involve one solo driver, such as on the Autobahn in Germany. Regardless, the theme of racing is clear: push the vehicle to its limit to see how fast it can go, and to measure what the driver is capable of handling in a vehicle.

Competitive car races may be held formally or informally. Formal vehicle races are held at race tracks, which many large cities maintain. These may be drag racing tracks or tracks for doing laps. Some races involve only timing one vehicle, some pit two vehicles up against one another and others involve numerous vehicles. These races are sanctioned and as safe as vehicle races can be. Informal races on the other hand are frequently unsanctioned, unlawful and unregulated. In some parts of the world, people carry out elaborate measures to hold unofficial races without the authorities catching on. These races are often highly dangerous and highly illegal.

What brings racers together into a community is their love for cars and their love for speed. The racing community is very diverse, but what they have in common is that they enjoy the burst of adrenaline that racing gives them. The thrill of racing is a high for many people. Some even claim that racing is in their blood, and they have a “need for speed.” There are, of course, other methods of racing, such as bikes, boats and marathons, but for car aficionados, it is the element of racing a vehicle that they are passionate about. Mastering the motion mechanics of a vehicle is a skill, a passion and a talent that many cannot get enough of.